Brandon was appointed as Managing Director on 29th March 1992 and the popularity of Glo continued throughout the 90′s with sales representing more than 50% of ACDO’s turnover. Nevertheless, diversification was still needed, and the company started to do business internationally. In fact, exporting was more or less a necessity as the UK market was becoming static. ACDO’s first real export success was in 1990; today the company enjoys business in over 20 international markets, and appointed an Export Manager in 1997.

And the door was opened up both ways, and in 1996, ACDO entered into its first strategic alliance and with the German Company delta pronatura launched a range of Household cleaners, to be branded Dr Beckmann Rescue. A full range of stain removal products followed including the internationally known and respected Stain Devils. In return, delta pronatura have launched various ACDO lines in Germany and internationally.

ACDO continued to develop and find new and challenging products.

Acquisition was another hallmark of the 1990′s and to expand their production capability, ACDO purchased the Brightmill Chemical Company of Little Lever, Bolton in December 1998. The plant was heavily involved with janitorial and contract detergents and with over 500 products on its books, from bleach to machine dishwash, to surface cleaners, and floor cleaners, the range of products was vast.

In 1999, it was decided to resolve the dichotomy between ACDO the manufacturer of products, ACDO the trading and distribution specialist, and Acdo the brand and to create a new name for the company’s latter interests. To maintain the heritage of the business, for simplicity and for memorability, the name that was chosen was ACDOCO. 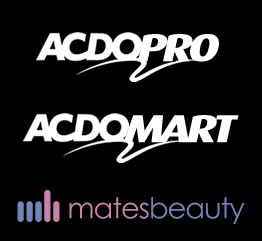