ACDO continued to advertise on TV and the product was being sold from Yorkshire to Lancashire, and the Midlands up to Scotland. ACDO had no less than 16 agents permanently on the road. However, the heyday was to end around 1969 with the advent of a new product, Ariel. Using a technique of which even Harry and Marshall had grudging admiration, over 20 million samples were door dropped over a matter of weeks and such was the instant popularity of this new washing powder that Ariel gained a phenomenal 33% market share before its competitors, including ACDO, had recovered from the shock. 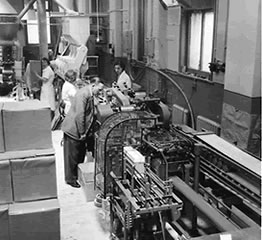